Long Beach Internal Medical Group strives to provide high quality primary and specialty care to all our patients. We believe in staying ahead in the field of medicine and providing our patients in the community with excellent healthcare, services, and information. 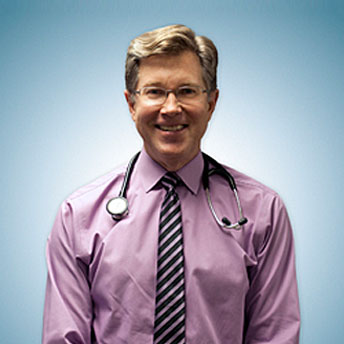 Dr. Stephen Hryniewicki, a first generation Polish-American. He grew up in Downey, California and knew at a young age he wanted to be a physician. He attended the University of California, Irvine majoring in Biological Sciences with the plan to go on to medical school. He graduated cum laude and was accepted at the medical school at UCI. During his medical school education, he found his calling of Primary Care. He was accepted in the Internal Medicine residency program at UCI, with an emphasis in Primary Care. After completing his residency, he joined Long Beach Internal Medical Group in 1983 where he has been providing personalized, compassionate care.

Dr. Hryniewicki has three children. When he isn't working, you can find him cycling, traveling, hiking, and cooking. He enjoys movies and reading. He has also been involved in several hospital committees at Long Beach Memorial Medical Center where he has been on the Board Directors and Chairman of the Medical Records Committee. 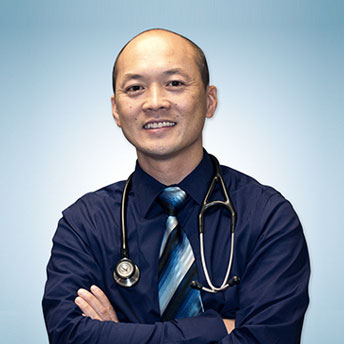 Dr. Danny Phu immigrated to the United States from Vietnam in 1980 at the age of 7. He grew up and had his entire education in Southern California. He attended the University of California, Riverside where he received his Biomedical Sciences degree in 1995. Dr. Phu then received his Medical Degree from UCLA Medical School in 1999 and completed his Internal Medicine residency at St. Mary Medical Center in 2002. After completion of residency, Dr. Phu joined the teaching faculty as an academic staff physician, participating in clinical teaching and training of medical students and residents.

Dr. Phu has been in private practice as a comprehensive office-based internist in Long Beach since 2003. In 2011, he joined Long Beach Internal Medical Group where he shares the common goal of providing high quality, compassionate care with other great physicians.

Despite working long hours, Dr. Phu tries to keep balance in his life. He is married with 2 children. If he is not on the field coaching or cheering on his children playing soccer or baseball, he enjoys playing basketball and watching all sports.